In the last few weeks, there have been mixed economic statistics released mostly indicating in both the US and Europe that the recovery still has strong momentum in this late stage of the cycle. Labor statistics improve in both regions, which should lead one to believe that consumption should remain robust and therefore fueling GDP growth.

There are also a series of charts showing real estate valuations which are still relatively low in esp. Spain, Italy and France and not as high as many believe in the USA. Also, a chart showing Germany’s discipline in managing labor unit costs whereas Italy, Spain and France need to cut in order to be competitive, but what’s interesting are the borrowing rates for small new businesses (startups?) in Italy and France are lower than Germany!

Our Unimaginable no. 1 had this in mind last December. V-shaped may be too optimistic, but it is something both ruling parties and central banks want to see. This implies continuous accommodative policies even with rising rates as a means of confirming robust growth prospects going forward.

Link to IAV’s last update (Sept. 3) with lots of charts.

Finally some new V-shaped Indicators coming out of the US on the Job Front. The jobs market strength is the key driver of this booming consumer confidence. This is despite today’s (1.SEPT.2017) lower than expected jobs statistics.

Confident that Jobs are Plentiful

This chart shows the GDP growth versus the unemployment rate for the largest advanced economies. Most importantly are the prospects for France and Italy for reducing unemployment and therefore accelerating growth in the Eurozone.

Cheap financing for small businesses in France, Italy and Germany will help. This chart shows the interest rates on small new business loans in Italy, France, and Germany (start up fever???). The ECB’s monetary transmission concerns have finally been addressed.

America is at the bottom when compared to Scandinavia, Canada and Australia!

Germany, Austria and Great Britain appear fully valued whereas the US can climb further and Italy, Spain and France are still in the under-valued quadrant, esp. Spain!

German September business sentiment report from Ifo was weaker than expected. Here is the breakdown by sector – Construction continues to boom while retail and wholesale activities weaken significantly. 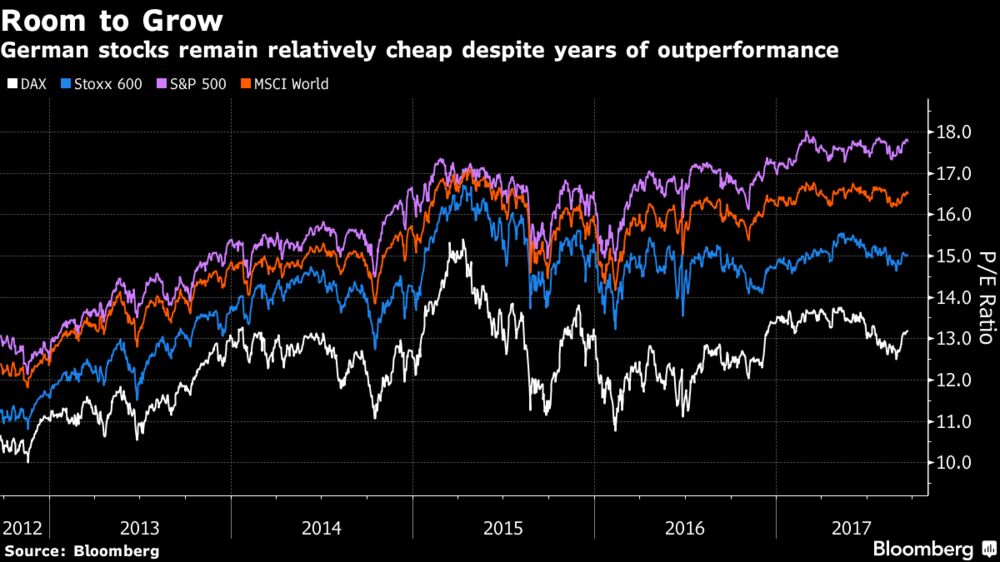 **”Imagine the Unimaginables” for 2017 is an annual attempt to identify what the capital markets are expecting in the months to come and therefore have efficiently discounted. It is an act of trying to identify consensus. This was originally published on December 1, 2016 and speculates what might happen in 2017 and is not yet discounted. Update: Imagine the Unimaginables 2017 (Link)

One Reply to “Update on US and European (Elusive) Growth Prospects”