“Vision is the art of seeing things invisible.”

Q1 2019 Update to “Imagine the Unimaginables: 2019 Will be Driven by Animal Spirits”

Donald Trump may be losing his Black Swan effect as he becomes more predictable. The outcome of the Mueller Special Report has however caught many by surprise.

After the markets got hit in Q4 2018, the rebound ensued in Q1 2019, but felt challenged to break all time highs. Still, it seems those Animal Spirits are making a comeback. The debate over falling yields including a bout with a yield curve inversion will either lead to an imminent recession or new equity market highs as investors search for the best returns. Company earnings, esp. in the States have been strong and the Handelsblatt in Germany says the same goes for “Mittelstand” earnings, which are unlisted medium sized companies and often global market leaders beating out the bigger DAX companies. Traders want to see more volatility which would be enhanced by fears of recession and yet those very low interest rates make it irresistible to finance property and equity investing. Who will win? Q2 2019 will experience a Brexit or No Brexit decision, a potential US-China trade agreement, but will the markets care or will we experience the same seasonal patterns of anticipating the summertime dulldrums after testing new equity market highs? If expectations for a better H2 economically gain traction, then Q2 should continue the recovery momentum of Q1.

Excerpt from the NY Times (March 10, 2019) link above: “A better policy response would start with a tax cut focused on the majority of Americans, not the wealthy. And there are many other ways to take on secular stagnation. When I (David Leonhardt of the NY Times) spoke to Summers last week, he rattled off a list:

“Infrastructure projects, to jump-start investment. The retirement of coal-fired power plants, which would also lead to new investment. Stronger safety-net programs, including Social Security, to reduce the savings glut. More aggressive antitrust policies, to combat monopolies. And a Federal Reserve that, at long last, stopped making the same mistake — of overestimating both growth and inflation.

“After a decade of negative economic surprises, maybe we shouldn’t be surprised anymore. Maybe we should try some new solutions.”

Will these suggested solutions end the secular stagnation, but also kill those Animal (Bull) Spirits which have been moving the markets?

Unimaginable #1: This recovery cycle is NOT nearly over! Unimaginable after 10 years. Consensus leans more and more into an imminent recession camp. Animal Spirits will keep driving confidence in growth and employment esp. in Europe where they simply go for it – unimaginable! One indicator that will reflect this ongoing cycle: American mobility. Many have not been able to move because of negative equity on their houses. That is changing.

Q1 Update: Unimaginable #1 remains unimaginable. Europe has shown rather signs of slowing in 2019, but some experts see it as temporary and a pick up is expected in H2. So much depends on Germany and its sensitivity to world trade. Germany is also sensitive to the Brexit outcome and will be hurt most many speculate on a No Deal Brexit. If trade agreements come to fruition, be it China-USA, NAFTA or USMCA or Brexit, then exporters like Germany and Japan will have greater certainty in growth estimates.

On US mobility: The actual trend as a result of retiring baby boomers, is downsizing and moving from single family houses in the suburbs to flats in the cities (NYC may be the exception here, see chart below). Houses are selling quickly due to the very low interest rates which will be around longer than expected a few months ago. Lower interest rates raises the attraction of both real estate and equities due to better returns. As much as the doom and gloomers believe in the imminent recession, “lower for longer” interest rates may keep postponing its eventuality.

Mortgage applications for house purchase are at multi-year highs for this time of the year.

U-Haul rental data showing in- and out-migration by city

Unimaginable #2: Manufacturing, not tech captures the attention of stock investors— again reflecting the ongoing cyclical recovery. This should favor European and esp. German shares. This will also be reflected in stable oil (rather than a more imaginable volatile oil price).

This remains truly unimaginable as industry and manufacturing have taken a real hit esp. in Germany so far this year. Much is due to disruptions in the auto industry (diesel scandal, electric vehicles) a major customer for machinery and chemicals and all three sectors are huge participants in Germany’s economic growth. There may come a point where these sectors get oversold. Europe also suffers from the lack of its own energy sources. Energy was a Q1 2019 outperformer in general. What will drive a pickup in manufacturing — most likely, investment in infrastructure, building and new transportation systems.

The Global Car Trend may look like it is turning, but perhaps mostly changing! Is the Car Industry losing its significance as an Economic Indicator?

Unimaginable #3:  Like in 2018, inflation remains elusive such that rates stay low and bonds stabilize at a high level AND economies get additional stimulus from fiscal spending and favorable tax policies! These policies are meant to improve the quality of life of the average citizen (response to the French “Yellow Vests”, improve roads and bridges in the USA and giving less skilled labor decent paying jobs, similar policies in southern and Eastern Europe will contribute to revitalized growth). Cyclical growth (Unimaginable no. 1) will create sustainable growth and perhaps make last year’s unimaginable of Europe outgrowing the USA more feasible.

Inflation remains elusive, rates are actually falling lower allowing bond markets to keep on rallying. Lower for longer rates provide a massive stimulus and when coupled with favorable tax policies, may actually fuel that elusive growth in the developed world!

US Labor Costs per Region (USA)

This chart shows the yearly changes in spending on highway/street construction.

Unimaginable #4: Britain opts for a no deal Brexit! Animal Spirits in full display!

It seems Britain isn’t interested in any choice including a No Deal Brexit. All very tedious…and heading for a postponement–what will the EU decide now?

“We shouldn’t generalize from a sample of one, but when housing looks this bad in a country with a housing shortage and even London house prices are falling, the economic fallout from Brexit is severe. It’s not permanent damage, but it’s going to be long-lasting. Bottom fishers will appear, of course, but how many months of uncertainty can an economy take? If we think animal spirits are helpful in the US, what is the opposite in the UK? Everyone seems to think the postponement is a fine thing and should support the pound. But at some point a currency must reflect the carnage on the ground. “Keep calm and carry on” just doesn’t cut the mustard.”

Unimaginable #5: European Populists do extraordinarily well in the May 2019 elections helped by Brexit and Social Media… Social Media (Facebook and Twitter) is blamed and  subjected to heavy regulation or even forbidden as a threat to democratic values…

Actually we can only hope that this remains unimaginable. Populist movements can suffer setbacks as their ability to execute is questionable. As long as there are no viable solutions to the massive immigration problems worldwide, populists will have a voice. Regulating the platforms and internet (Mark Zuckerberg, Washington Post) will grow, possibly challenging business models due to rising cost of surveillance or oversight and the possible charge for using data, eliminating free sourcing.

“Once relegated to tabloids and web forums, health misinformation and conspiracies have found a new megaphone in the curation engines that power massive platforms like Amazon, Facebook, and Google. Search, trending, and recommendation algorithms can be gamed to make fringe ideas appear mainstream. This is compounded by an asymmetry of passion that leads truther communities to create prolific amounts of content, resulting in a greater amount available for algorithms to serve up … and, it seems, resulting in real-world consequences.”

Unimaginable #6:  “Disrupt the Disrupters” – Not only Border Walls, but also Cyber Walls or rather Fortresses get built and prevail–no longer a trade war, but a cyber one! A Black Swan! 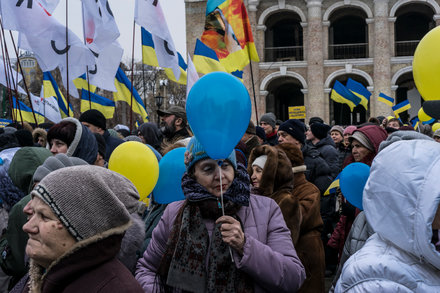 Unimaginable #7: Ecology and Global Warming measures get temporarily sidelined as the infrastructure does not yet exist for mass electric car use, efficient and cheap batteries and their eventual disposal. First steps first.

This unimaginable is fortunately wrong, but classic energy plays still get support from investors at large. From the New Yorker on The Green New Deal… politics in 2020 will take up a greater focus on the environment.

Keep in mind, rising oil prices support the demand for alternative energy which continues to get cheaper.

Unimaginable #8:    The Short selling Uptick Rule is re-instated confusing many algorithms, and classified as gambling and taxed accordingly, plus borrowing shares will be subject to usurious  rates.

Unimaginable #9: What Volatility? High volatility is one of the most underlying expectation for 2019, be it oil, interest rates and/or the stock market. But if we are still in a cyclical growth world, volatility like inflation might actually be elusive! The following podcast from Bloomberg explains why consensus should expect high volatility. Bloomberg Podcast: All about going long volatility and avoiding a “repeat” of the Crash of ’87!

Market volatility is falling, but, picking up in individual stocks, esp. less liquid ones. Indices are recuperating their losses from Q4 2018, and if this continues, volatility will most likely continue to fall…

Unimaginable #10: Women Disrupt! 2018 – The Year When Women Led the Way! Many start to wonder if we may experience setbacks in the progress women made in 2018, but unlike the global warming, women will continue to dominate headlines in successful business and political ventures.

‘We will keep fighting’: inside the push to put Democratic women in power for the long haul/The 2018 midterm elections saw a record number of women elected to Congress. Now, women are organising to make the ‘moment’ into a movement (The Guardian)

Women running for president is the new normal (VOX)

Women in politics in the EU: State of play (European Parliament Think Tank)

2019 is off to a good start for equity markets. It feels defiant, but perhaps it is telling us that the future has its green sprouts. It is Springtime after all!